It seems appropriate that these words I shared just over a week ago, are now made more poignant by the passing of Carrie Fisher. Not just because that post used the title of the film in which she seared herself upon our cultural memories, but because of all that she embodied.

Put simply, her life's work, her strength, passion and attitude to life are all that I would wish for my daughters and my students.

Her legacy is far more than 'Princess Leia', as among other achievements she was a mother, an author and script doctor, a producer, an advocate for addiction and mental illness, and an all around badass on Twitter.

She spoke with honesty, wit and empathy, confronting the double standards that exist in our culture, as well as the darkness she fought within.

Many will not have heard of her and she won't get the coverage that Fisher will, but she discovered dark matter, and invented an entire field of scientific study.

She passes away, having been ignored by the Nobel Committee, despite her many achievements, but in her own words:

"Fame is fleeting, my numbers mean more to me than my name. If astronomers are still using my data years from now, that's my greatest compliment."

This NPR piece outlines her other great passion, advocating for scientific literacy and pushing for the inclusion of women in scientific organisations.

Maria Popova, as always, writes lyrically and powerfully about the commencement speech Rubin gave to a graduating class at Berkeley. Rubin closes with these inspiring words, which are as true in 2016, as they were in 1996. 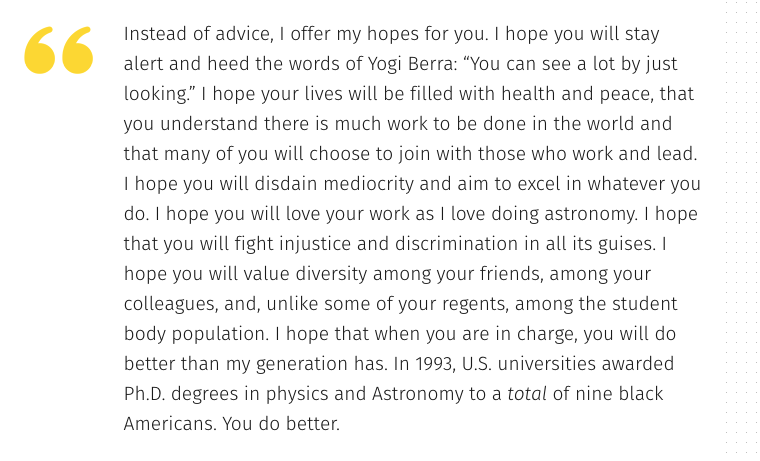 To doing better.
And being badass.