"You want to tell me what this is all about?"

This is the story of a good friend of mine, who's a teacher. My friend is a former soldier, who applied for, and got offered a teaching job in a South Auckland high school.

In this, her first year of teaching, she was confronted with a classroom of tough, sullen teenagers, all from lower-class and underprivileged backgrounds, involved in gang, neglect, and drugs, flatly refusing to engage with anything.

She decided to tap into her own training and her knowledge to see if she could get through to them. She changed up her dress sense, wearing a leather jacket and taught students karate and other self defense skills. When she did this, the students showed some interest in the activities and her efforts, but they quickly reverted to their former behavior when she tried to teach the curriculum.

My friend was desperate to reach the students, and to connect with them, and so devised heaps of classroom exercises that taught the principles of the curriculum, but used themes and language that appealed to them.

Her motto was "There are no victims in this classroom."

She gave them all NCEA Level 2 from the beginning of the year - and to motivate them, told them that the only thing required of them was to maintain it.

In order to introduce them to poetry, my friend used the lyrics of Bob Dylan's "Mr. Tambourine Man" to teach symbolism and metaphor; once this is achieved, she progressed on to Dylan Thomas's "Do not go gentle into that good night".

She has used Childish Gambino's "This is America" to introduce social issues and unpack social criticism using media. Her students write blogs and post on social media.

I worry a little bit for my friend, she gives of so much of her own money and time to engage these kids. Sometimes these methods have attracted the anger of the school authorities, but she so believes in these students and will do anything to help them achieve.

My friend really strives to reach those students who are really struggling, because of their situations outside of the school. One of her students is a well-meaning boy who is frequently involved in gang activity and street crime. She has really tried to encourage him to focus by visiting with his family to congratulate him on his work.

Another student is her most troublesome personal project, as he has a sense of personal honor that prevents him from asking for help. My friend discovered that his life would be in danger because of a personal grudge held by a recently released gang member and she tried to protect him.

She advised him to discuss the issue with the school principal. When the student took her advice and tried to visit the principal, the principal dismissed him because the student had neglected to knock on the office door before entering his office. The student was so angry, that they left school grounds and ended up being badly beaten by the gang.

My friend is heartbroken because she believes she failed to protect her students and she's so angry at the indifferent school system and leadership for contributing to this student's injuries.

She decided to to tell her class last week that she will be leaving at the end of this year. Many of them broke down, begging her not to leave. he has been overwhelmed by their unbridled displays of emotion, and she's really struggling and is conflicted with what to do.

I know her story is just one of many stories of sacrifice, and while she's no Michelle Pfeiffer, I believe we as a society owe to her, and all the other super heroic teachers out there.

Because there are no victims, and she's a winner. Every day.

If you thought this story was a heartwarming tale of what the teaching profession is, and wanted to like and share this to show your support of the profession, please wait.

The story above is not of my friend.
This story is, with a few minor tweaks, the plot summary of Dangerous Minds.

Teaching is hard. It is a worthy profession. It should be valued as such.
But teachers are also only human.

Let's be cool with educators being themselves, not just the glossy 5x7 headshot of our imagination.
Hold the profession responsible for being human. Each day.
That's more than hard enough, and a baseline for everything else we might demand of it.

As a society, lets have a shared conversation about building and funding a social contract that underpins public education, and that enables us each to be part of a greater whole.

Valued and lifted, enabled and held to a shared accountability.

That is the challenge.
That will take time.
That will make the difference.
That is worthy.

That is what this all about. 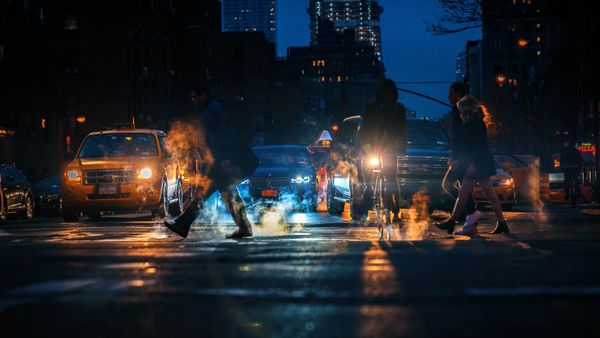 "So wait. That's the audio for the Everything Everything live DVD?" Yep. "But is there any video?" Well yeah....