The best writing is that which you go back to and savour.  I love this piece of writing because it captures much of what these small islands mean to me.  As someone who didn't grow up here - who moved away from here - but who knows now that here is home.

A cure for tinea

"....  But when it all boils down to it if you're a real New Zealander you have to come back. There's no two ways about it. Even if you think you've chosen to stay away you'll always be thinking about the place. You'll always feel the presence of New Zealand there, just under you skin, always causing an itch you can't always get to. It'll perch on a branch near the back of your mind whispering sweet nothings, nudging you gently with reminders of endless hills and empty beaches.

It was a strange thing for me. Someone asked me at the weekend where I felt the yearning and I answered glibly, but there was some truth in what I said. I did feel the longing behind my ears. It was a tightness, an irreconcilable tension. It grasped forward to my brow, only to release me when tales of home sprang from a friend. When pictures recognisable only to a true Kiwi appeared on billboards or the telly. They soothed me. They pierced the veil of ignorance blinding the people around me. They brought me closer to home and smoothed the yearning in a way big money never could. Hell, when did money ever soothe yearning?

Ignorance you ask? Not ignorance in a spiteful sense, but the ignorance of lack of experience. How can you explain Kiwi summers to an Ocker who bathes in sun year round? Those days of needle-sharp sunlight. So, too, short and hazy. The bite of salt water crisp and clean. Black sand. White sand. Grey sand. The smell of Pohutukawa baking.

And the yearning never left me. In the first few years the glamour of what I was doing pushed it deeper. It buried it at the bottom of an explorers pack. The forgotten momento of my person. Lurking there, springing out occasionally during a long stay, admired, and returned for future perusal.

The second place the longing sat was my shoulders. On the days when the alien places I travelled to became too much. When they slumped me forward. When they sat upon me to remind me I was a stranger. A welcomed adventurer perhaps, but a stranger nonetheless. On those days the yearning would lift me up with smiling memories of rainforest canopies and the wafting mist of the the bush floor. I would give myself over to it and it would grant me verdant and silver wings. I would rise in my mind high above the pale greens and luscious reds to glimpse the rising hills and clustering isles. I would pause there long enough to again feel the warmth being at home, and sink back to the quagmire of alienation.

Do I regret it? Sometimes. But the yearning is quieted, and peace is a beautiful thing." 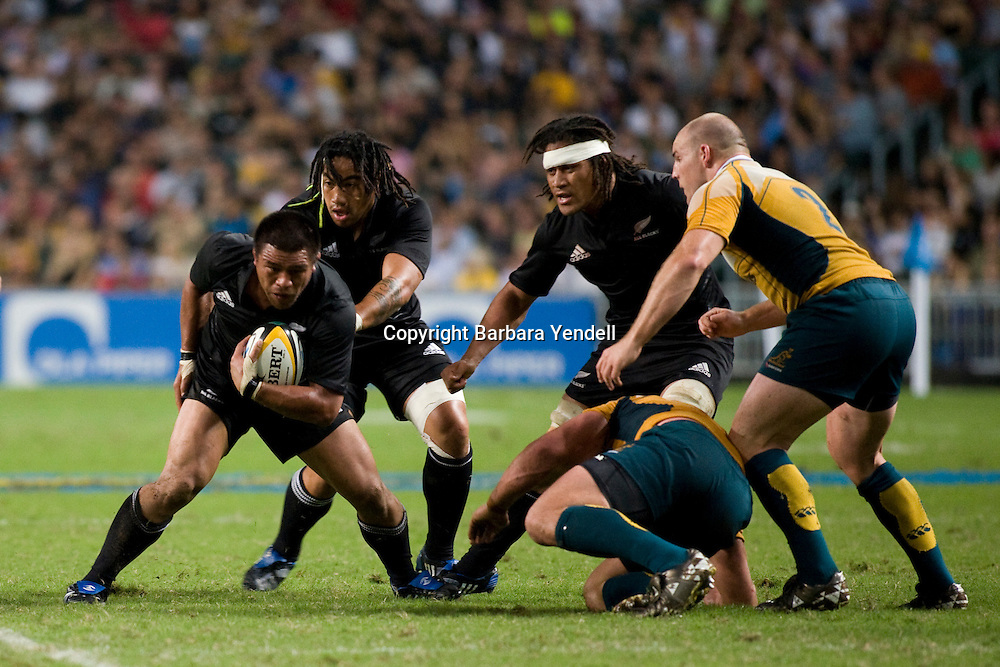 All Blacks 39 - Australia 10 Excellent game. Emphatic and defiant play by the Blackness who right from the get-go with Kapa O Pango, looked to unleash a weeks worth

taxonomy  [tak-son-uh-mee]  –noun the science or technique of classification. fail [feyl] –verb (used without object) to fall short of success or achievement in something expected, attempted, desired, or approved